I was recently shown an article and the headline went something like this, “South Africa plunges into a recession”, my immediate reaction was MINUS me because I know that it doesn’t matter if the economic systems of this world go crazy and melt under financial heat and pressure the covenant is under is still in force and NOTHING can break the efficacy of it providing you are walking in the truth.

SO, WHAT IS A COVENANT?
A covenant is like a contract. It involves two or more people. In this case, it involves just you and God. God is the covenantor and you are the covenantee, the beneficiary of the deal.
A covenant, unlike a promise, is a vow that cannot be broken once the required conditions have been met.

There is no force in the kingdom of God that is stronger than the force of the covenant. As the covenantor, God’s part is always sure and constant, while man has always been the only unstable and variable party. God’s commitment to the covenant is so strong that he said, My covenant will I not break, nor alter the thing that has gone out of my lips Ps.89:34.

The Covenant is stronger than any adverse climate. There is no economic dearth or crisis that can break its efficacy. God’s Covenant with man is as eternal as day and night. Until you can stop the sun rising in the morning and the moon at night, you can’t stop the covenant. “Thus says the Lord: ‘If you can break My covenant with the day and My covenant with the night, so that there will not be day and night in their season, then My covenant may also be broken with David My servant, so that he shall not have a son to reign on his throne, and with the Levites, the priests, My ministers’”. Jeremiah 33:20-21

The bible is loaded with promises from God to make our destines colorful and enviable on earth, BUT there are certain conditions that must be met before any of the promises can be fulfilled in your life. Meeting the demand of these conditions is what turns the promise into a covenant, and commits God to do His own part. Once you locate the covenant demands in any area and do them, your struggles are over and your victory is guaranteed.

ENTER IN
You don’t pray and fast for a covenant, you just enter into it. And they entered into a covenant to seek the Lord God of their fathers with all their hearts and with all their soul;
…and the Lord gave them rest round about. 2 Chronicles 15:12,15

They didn’t cry into the covenant, they entered into it…VERY SIMPLE. Friends, it’s time to dry your tears and locate what is required of you in order to receive the desired result…

You might ask Clint, how can I gain entry into the realm of financial fortune? Let me show you ‘an example’ of how easy this is to understand and let’s take a subject that many question, the Tithe.

‘ONE of the channels’ God uses to bless His people is the RAIN OF DIVINE IDEAS. It’s common knowledge that every empire is built on an idea, so access to inspired ideas is key to building an empire.

You have heard people say, “God told me this, God showed me that, these are Divine idea’s.”

RG LeTourneau, the Earthmoving Innovator said, “when he stopped giving the tithe ideas stopped. Now let’s see how this works for you and me in terms of the covenant.

Malachi 3:10
Bring ye all the tithes into the storehouse, that there may be meat in mine house, and prove me now herewith, saith the LORD of hosts, if I will not open you the windows of heaven, and pour you out a blessing, that there shall not be room enough to receive it.

Now…WINDOWS OF HEAVEN!!! You and I know that no houses are falling from the sky, no fridges, and no cars. So how are these blessings going to be delivered (HIS PART-inspired Idea’s), and what is required of me to cause this to produce? (YOUR PART- Bring ye all the tithes into the storehouse).

Genesis 7:11
… all the fountains of the great deep broken up, and the windows of heaven were opened…

Rain falls through windows of heaven and this rain is called the Holy Ghost…I’ve given you the former rain moderately in the first month…And the floors will be full of wheat…and I will pour out my spirit on all flesh. The rain equals the Holy Spirit and what does He fire into us? Divine Ideas!!!

BUT…WHAT TRIGGERS THE RAINFALL?
WHAT ARE THE CONDITIONS FOR THE RELEASE?

…Bring ye all the tithes into the storehouse…

UNTIL YOUR PART BE PLAYED IT REMAINS DORMANT, BUT FULL OF POWER TO PRODUCE.
Once your part is played idea’s to create wealth are released on the platform of the covenant.

Let us look at Abrahams life…
Abraham was a cattle farmer, and by a divine idea he built the first cattle ranch…the first idea for digging wells came through Abraham. All the surrounding cattle farmers were going around looking for water courses, but Abraham thought the earth came out of the water so there must be water under it, so he began digging and he dug wells and he built a ranch. His cattle naturally were fatter than his competitors because they were not trekking about, they were not nomadic cattle…they were ranch raised cattle. The people knew where to find him to buy. The others were all wilting away in the forest and in the desert but Abraham had a defined ranch where they could go to buy your cattle all year around. So by divine inspired idea’s Abraham built the first cattle ranch.

Abraham became very rich. WHY? He was smarter than his competitors.
HOW? Divinely inspired idea’s.
WHAT TRIGGERED IT? The Tithe…Abraham correctly positioned himself in the covenant.

We're not around right now. But you can send us an email and we'll get back to you, asap. 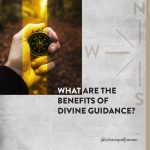 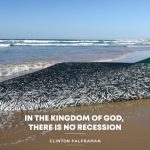