Your harvest is waiting for you.

There was pandemonium as the nets ‘full of sardines’ were dragged onto the Beach and at that moment the Spirit of God spoke to me and said these words, “IN THE KINGDOM THERE IS NO RECESSION”…I got to thinking about Luke Chapter 5 Simon Peters great catch and the Kingdom’s endless supply.

One day as Jesus was standing by the Lake of Gennesaret, the people were crowding around him and listening to the word of God. He saw at the water’s edge two boats, left there by the fishermen, who were washing their nets. He got into one of the boats, the one belonging to Simon, and asked him to put out a little from shore. Then he sat down and taught the people from the boat. When he had finished speaking, he said to Simon, “Put out into deep water, and let down the nets for a catch.” Simon answered, “Master, we’ve worked hard all night and haven’t caught anything. But because you say so, I will let down the nets.” When they had done so, they caught such a large number of fish that their nets began to break. So they signaled their partners in the other boat to come and help them, and they came and filled both boats so full that they began to sink. Luke 5: 1-7

Simon Peter toiled all night and caught NOTHING, maybe you feel like you’re toiling each day just to make ends meet, well my Father in heaven wants me to let you know that there is plenty in Daddy’s house. Here is the Key…

If you look closely at the instructions Jesus gave Peter initially he was reluctant to do what Jesus asked as he had just got back in from being out the whole night, but the moment he followed it, his harvest opened up. likewise, your breakthrough is tied to a set of instructions you have received and just as Peter said and DID, nevertheless at your word Lord I will let down the net and DID IT the bible says at that moment the NET filled up and he received a boat sinking load of fish.

Be encouraged, God is no respector of persons what he did for Peter he will do for you, when you follow His instructions your harvest will supernaturally appear, you see it’s waiting for you on the other side of His last instruction.

We're not around right now. But you can send us an email and we'll get back to you, asap. 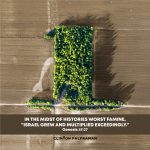 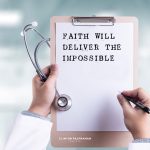